Happy Friday! It's the weekend and I'm back on solid food (boy, is it good to be eating again. I don't think I've felt so hungry on a juice cleanse before). Yep, everything is GOOD.

And I made us breakfast! Now, is it just me, or do you ever find yourself in a breakfast rut? And/or, do you find yourself becoming hungry again, approximately 11 minutes after eating your breakfast? If you answered yes to either of these questions, then I have just the thing for you! A breakfast saviour if you will. 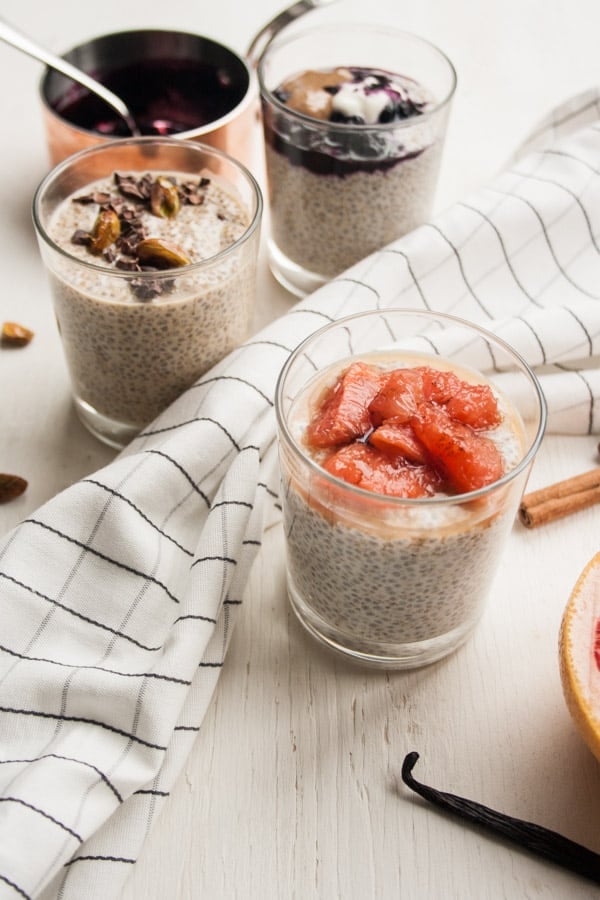 I was relatively late to the chia pudding game. I've wanted to try it for ages since it was so trendy and yet it took me an age to actually get round to buying some chia seeds. So, a few months ago when I finally did, I was half expecting to hate it as I'd read so often that you either love or hate the texture. Well, imagine my fascination when I found that I loved it! I loved it so much that I kept making it for breakfast for a few weeks (until I got bored, of course). But I found that it kept me full for barely anytime at all. Unless I threw a whole load of granola or something on top. And sometimes that's a little too much effort first thing in the morning, y'know? 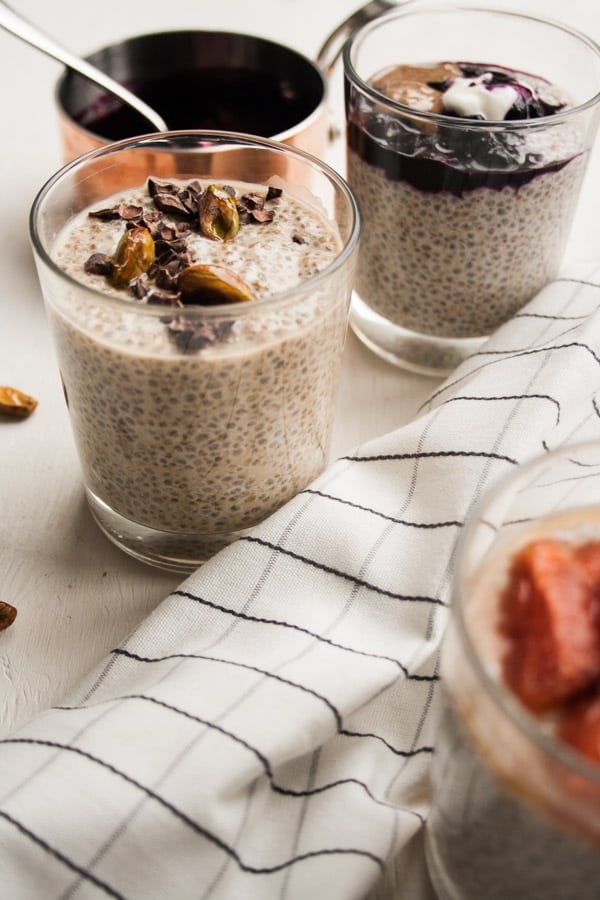 So I had the idea to stir in some cooked quinoa to bulk it out a bit and also to make it feel more substantial to eat. There isn't much bite to chia pud and I like to get my teeth into something in order to feel satiated. Trust me, this did the trick. I got almost all the way to lunchtime without feeling hungry - win! And the best thing about these babies? You can make all component parts ahead, leave it in the fridge and grab and go in the morning when you have to leave the house at stupid o'clock. Yay!

You could play around with whatever flavour combos take your fancy for this - just like a regular chia pudding. Switching it up and keeping it interesting are key for me - in order to avoid breakfast rut type situations. From left to right we have: Peanut Butter with Blueberry Compote, Maple Espresso with Cacao Nibs and Maple Coated Pistachios and last but not least, Vanilla with Cinnamon Grapefruit Compote. 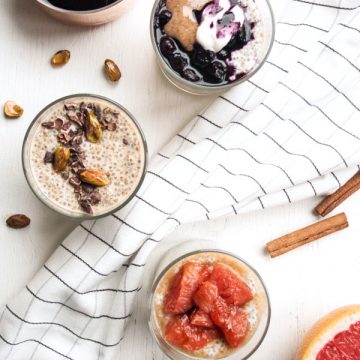 For the quinoa chia pudding

For the quinoa chia pudding 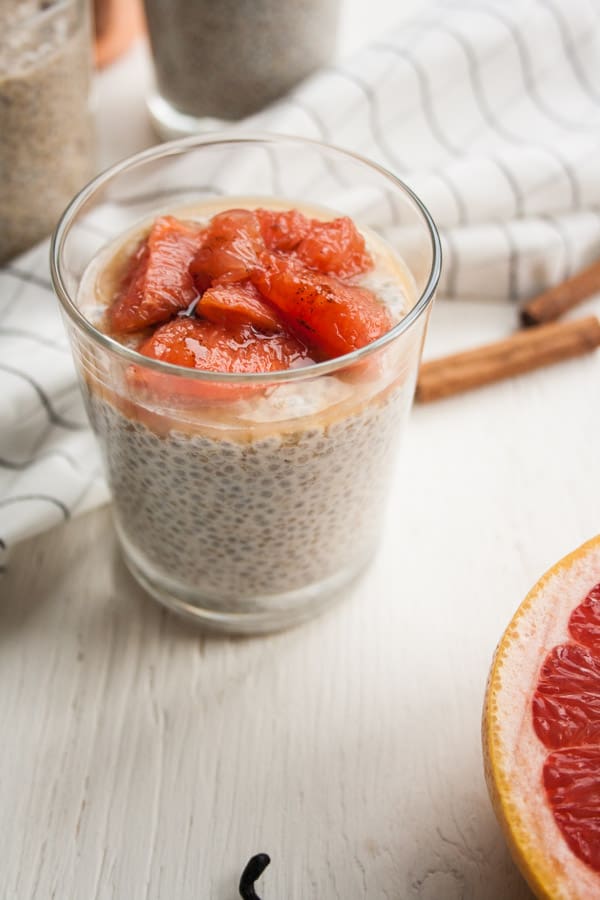 That should keep us going for a few days at least.